Saving our liberty, our Constitution, and our country by making Texas strong and free.

Because we love liberty and our constitution and are committed to the fight for both.

We believe that our country and our freedoms are under attack like never before and will be lost if we do not act to defend our Constitution and our liberty.  These threats come from our federal government and beyond, and at times from our own state government.

Washington is broken -- irretrievably for the short term.  Austin is not much better.  The two party system is corrupted by special interests -- the rich and powerful who use government to become more rich and more powerful.  Mired in the ways of Washington, the two old parties are part of the problem and not the solution. They will never change themselves and cannot be reformed from within. 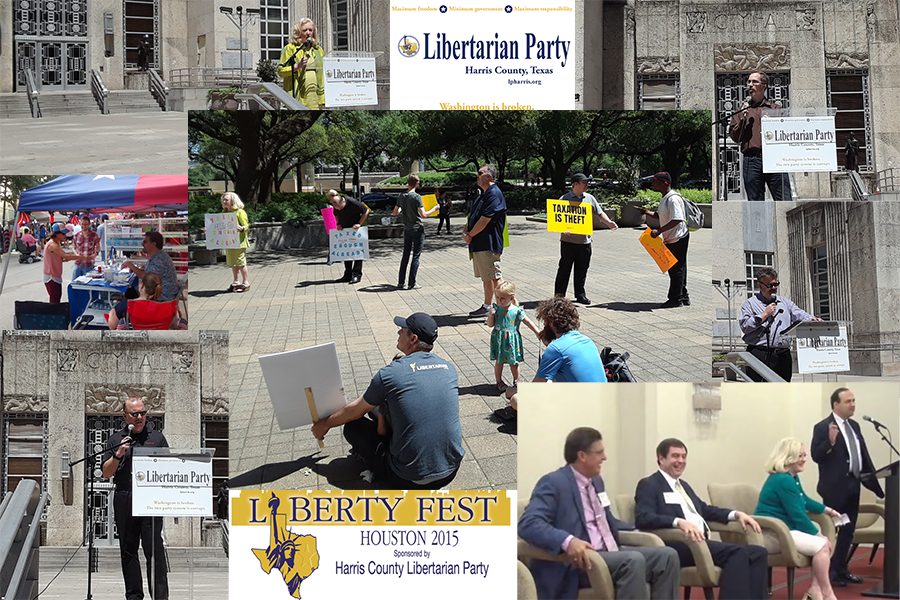 We are in a battle for America, and Texas is the battleground.  To be battle ready, we must have leaders.  The two old parties have not produced and will not produce these leaders.

Our Constitution includes the tools to fight this battle -- nullification.  By demanding a return to Consitutional government and respect for our 10th Amendment sovereignty, our state leaders -- governor, county sheriff, and all in between -- can with our help restore our lost freedoms and keep Texas strong and free. As a beacon for liberty, Texas can lead Amercia back to its rightful role as the last, best hope for mankind.

This is why we say, "If you want freedom in our time, the Texas Libertarian Party is not just another choice -- we're your only choice."

If you are the kind of person who wants maximum control over your life, if you are fed up with the ways of the Washington crowd, if you want different and more effective ways to fight the assault on your individual and state sovereignty, have we got a party for you!

Join us, the Libertarian Party of Texas.

On Monday, December 2, 2019, Judge Kristen Hawkins, Judge in Harris County’s 11th Judicial District, signed a temporary injunction order barring the Secretary of State and Harris County officials from enforcing a new law imposing filing fees payable to the government on third parties in order to be placed on the general election ballot.

In 2019, the Texas Legislature passed and the governor signed HB 2504. That law forced third party nominees to pay a filing fee to the state or county treasuries in order to be placed on the general election ballot, the first time Texas has ever charged any party’s nominees to be on the general election ballot. (See the new Texas Election Code 141.041 created by HB 2504.)

Compounding the harm, the Texas Secretary of State issued an advisory that required all candidates seeking to be nominees to comply with the law and declaring that the fees or petitions would be due at the time of filing on December 9.

The Court issued findings, including:

“This temporary injunction was a crucial step to ensuring voters have choice at the ballot box, as half of all Texas races in 2018 would have been unopposed without Libertarian Party nominees,” said Harris County Libertarian Party Chair Kathie Glass, who represented the plaintiffs.

“It is a testament to the impact the Libertarian Party has made and the future of Texas as a battleground state that the Republican controlled state legislature has attempted to chill our candidate recruitment, tax Libertarian candidates to subsidize state funded Republican and Democratic primaries, and interfere in our internal convention process to select our nominees,” Neal Dikeman said.

The order noted that that Court reviewed an order entered last week in a separate federal case in which the Libertarian Party of Texas is a plaintiff, denying an injunction, and found, “That order is not binding on this Court. Additionally, it is distinguishable and not persuasive authority regarding the issue presented to this Court.”

The order granting the temporary injunction can be found by clicking here.